“The room is flooded with a dull, red emergency light. As you look up, you notice that all the other cryo-tanks around you have been violently destroyed, except for one. The untouched chamber houses another member of your squad, who has also awoken. Dried blood, broken glass and cooling liquid cover the walls and floor. Suddenly, the blinking light on the door’s intercom catches your attention …”

Welcome to the world of Halfway! Before we get to the details of the game, let’s recap the last few months:

At the beginning of February we sat down to brain-storm what our next game would be. We knew one thing for certain: we wanted to make something that we ourselves would be willing to pay money for. In fact, this has been a guiding thought throughout the entire development process so far. Ultimately, if we wouldn’t spend money on our game, why would anyone else?

Next, we wanted to create a game that at its core was strategically focused, but also brought with it a distinct atmosphere. It was important to us to not just create a game, but to deliver a whole world with it. A world the player can identify with and would be interested to explore.

Straight away we embarked on the journey of prototyping and figuring out the core mechanics of our game. After about a month and a half, we had hit rock-bottom. We had created a prototype that was playable, but wasn’t exactly fun. We also struggled to find our visual style and, as if all that wasn’t enough, the game concept had grown far too complex for us to finish in any reasonable amount of time. It was time for us to really re-think our game.

What followed was a fairly painful stripping away of ideas and bringing a sense of focus to the game. Luckily, we ended up with a much tighter gameplay. The product of the months that followed is Halfway. So what exactly is Halfway?

Halfway is a turn-based strategy game taking place a few hundred years in the future. You take control of a small group of people who are witnesses to a violent overtake of their spaceship by an unknown species. As you fight your way through the dark corridors and rooms of the ship, you will uncover more and more details of what has taken place. For now, all you know is that in order to survive you will have to fight, face your fears and outsmart the enemy. Here’s what it looks like (click for full resolution): 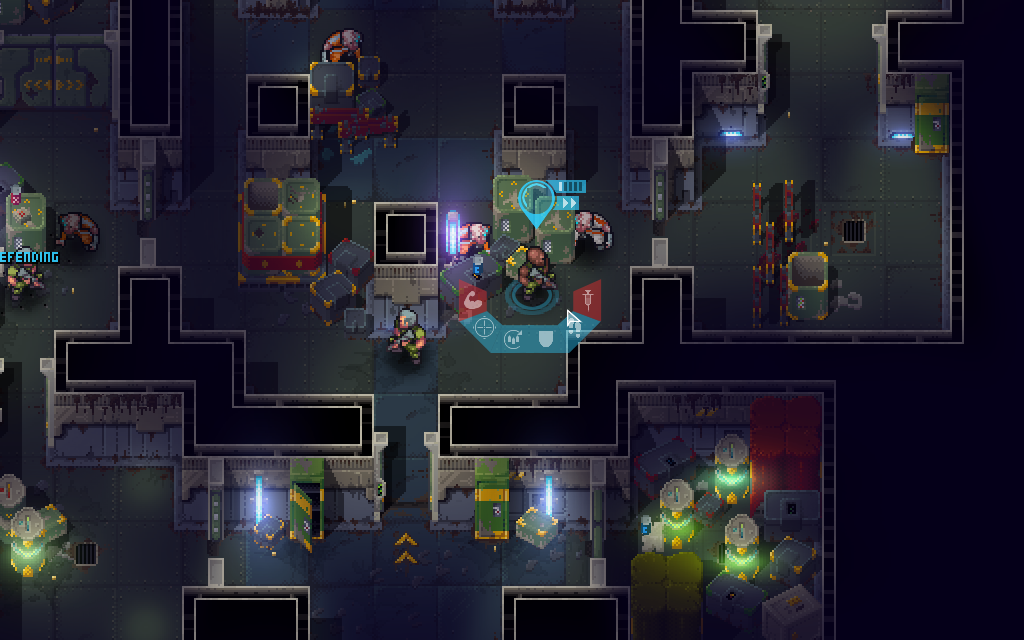 At the heart of the game are tactical gun fights. Battles are conducted in a typical turn-based manner with transparent but interesting tactical decisions. The whole game is entrenched in an engrossing storyline that unfolds more and more the deeper the player delves into the game. Your squad will be built out of distinct characters you pick up along your journey, each with their own part to play in the whole story. You will develop skills and find items as you uncover all the corners of the spaceship, adding a touch of RPG elements to the game.

Halfway will be released on Windows, Mac OS X and Linux later this year. We’re looking at a potential tablet release later.

There is a lot more we want to share with you, so keep an eye on the blog as we will release updates frequently. 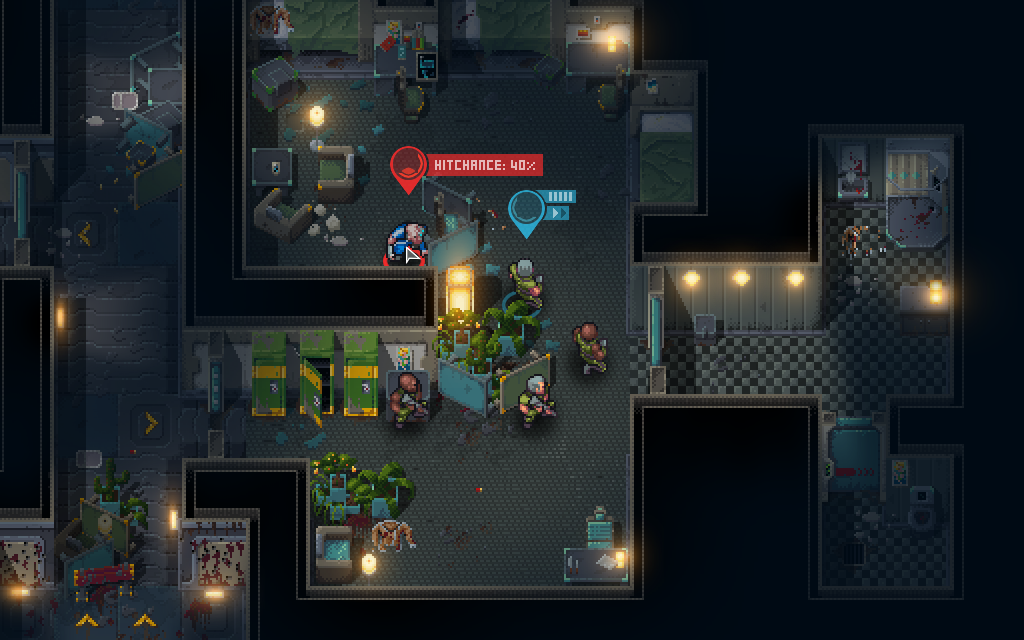