One Year of Halfway.

Hello everyone, and welcome to an update from the Robotality HQ.

One year ago, on July 22nd, we released Halfway to the public on Steam and the Humble Store, followed up by GoG a bit later.
We want to celebrate this anniversary with the following specials:

The game will be on a 66% discount on all three stores for one whole week. So, if you’ve been waiting for a sale to check out Halfway, here’s your chance!

Head over here to buy it on your favorite store or directly from us!

We promised you we’d do a Post Mortem where we’d share some statistics and details on how well Halfway has done so far.

This anniversary is a nice opportunity to present a “Halfway in Numbers” feature which shows you some interesting numbers of Halfway’s development, and how the game has performed over the course of the last 12 months.
(The idea for this one picture Post Mortem is inspired by the Octodad Post Mortem, which is based on the Monument Valley Post Mortem.)
We’d love to hear your feedback and questions, so please hit the comments or drop us an email! 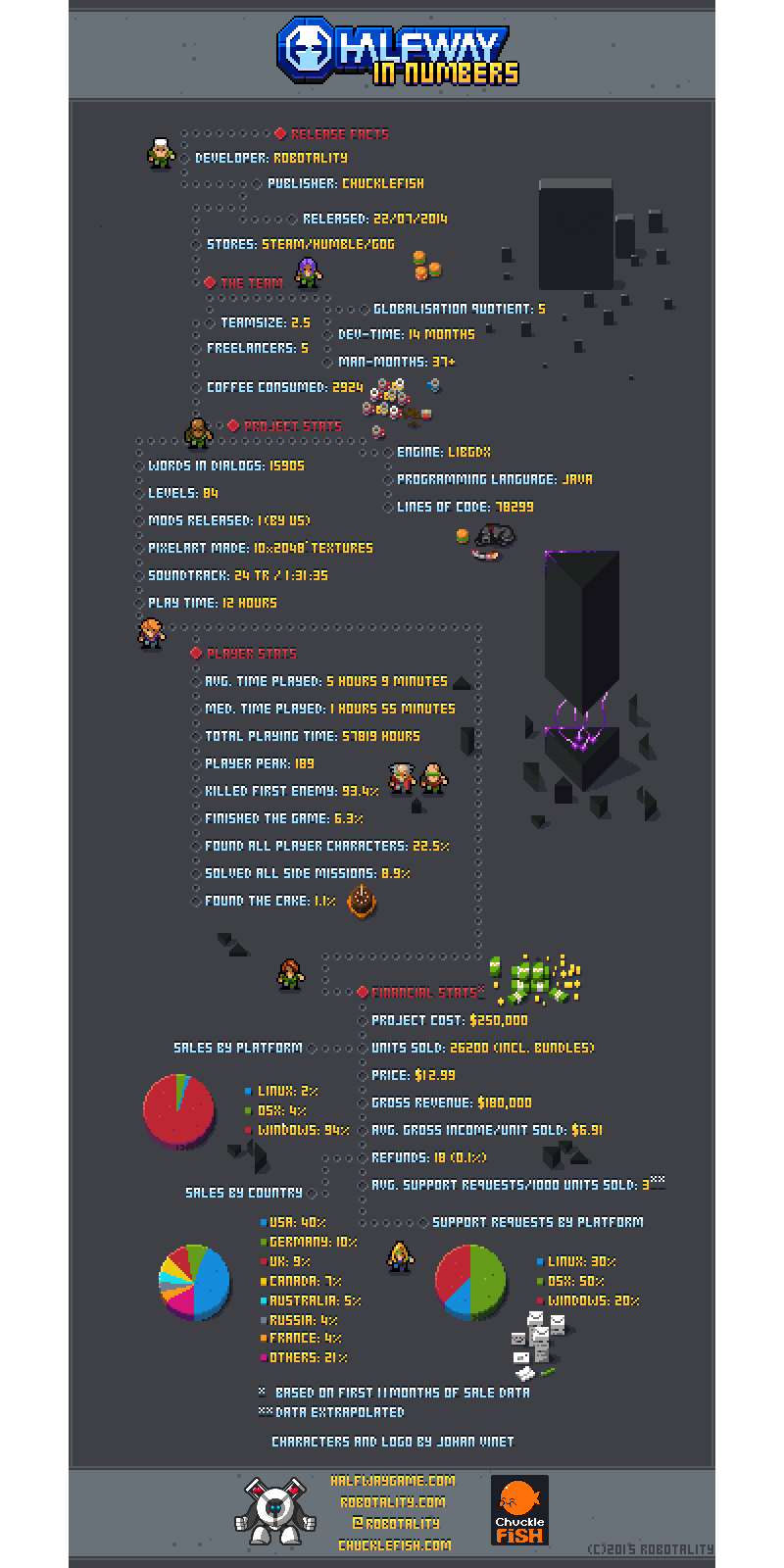 That’s all for the time being from the Robotality HQ. Stay tuned on this blog for some first news on our next adventures!