Wow, time’s flying! We’ve now officially passed the one year development mark for Halfway and we’re edging so close to release that we can almost taste the release day beer! Meanwhile we thought we’d give you guys a quick update on our blog on what’s been happening. If you’d like to get more frequent updates please check us out and follow us on Twitter (@robotality). We try and push out some little details and screenshots of our progress as much as possible on Twitter. Plus, we like hearing from you 😉

On the team front, we’ve had Daniel Ludwig join the team as a coder. He’s a very experienced Game Developer and we’re really happy to have him on board (check him out on Twitter: @code_disaster).

So, where’s Halfway at? Well … we’re pretty much done. Which is a scary and at the same time ridiculously exciting statement. All the levels are in the game, music is done and all the features are there. We’re now spending a lot of time testing, tweaking and polishing to make it a round experience. A huge thank you to everyone who’s been playing and testing the game and has given us invaluable feedback!

We won’t announce the release date just yet, but keep an eye out for this very VERY soon. To finish up this short update, we’ve collected some animated gifs and screenshots from the last few months of development. Enjoy!

(Toilet cleaning in Halfway. Well not really, but you know..) 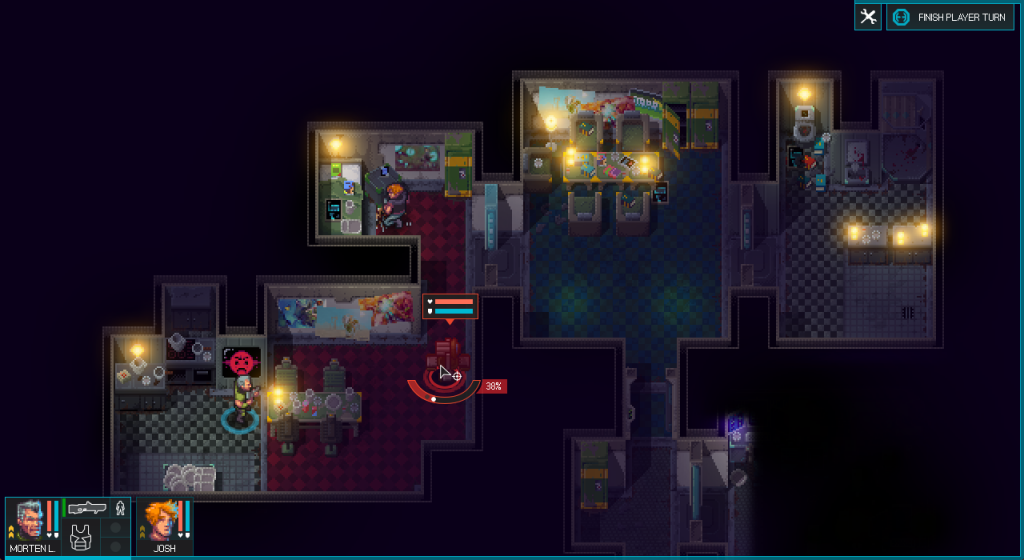 (A battle scene from Josh’s apartment)

(Preparing space-ship burgers in the homebase)